One City One Book: This Is Ear Hustle 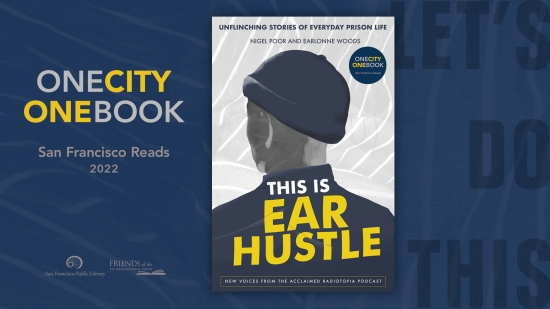 San Francisco Public Library is honored to announce its 17th One City One Book selection, This Is Ear Hustle by Nigel Poor and Earlonne Woods.

From the co-creators and co-hosts of the Peabody- and Pulitzer-nominated podcast comes this illuminating view of prison life, as told by presently and formerly incarcerated people. The United States locks up more people per capita than any other nation in the world--600,000 each year and 2.3 million in total. The acclaimed podcast Ear Hustle, named after the prison term for eavesdropping, gives voice to that ever-growing prison population. Co-created for the Radiotopia podcast network from PRX by visual artist Nigel Poor and inmate Earlonne Woods, who was serving thirty-one years to life before his sentence was commuted in 2018, Ear Hustle was launched in the basement media lab of California's San Quentin State Prison. As the first podcast created and produced entirely within prison, it has since been globally lauded for the rare access and perspective it contributes to the conversation about incarceration.

Now, in their first book, Poor and Woods present unheard stories that delve deeper into the experiences of incarceration and share their personal paths to San Quentin as well as how they came to be co-creators. This unprecedented narrative, enhanced by forty original black-and-white illustrations, reveals the spectrum of humanity of those in prison and navigating post-incarceration. Bringing to the page the same insight, balance, and charismatic rapport that has distinguished their podcast, Poor and Woods illuminate the full--and often surprising--realities of prison life. With characteristic candor and humor, their portrayals include unexpected moments of self-discovery, unlikely alliances, and many ingenious work-arounds. One personal narrative at a time, framed by Poor's and Wood's distinct perspectives, This Is Ear Hustle tells the real lived experience of the criminal justice system. 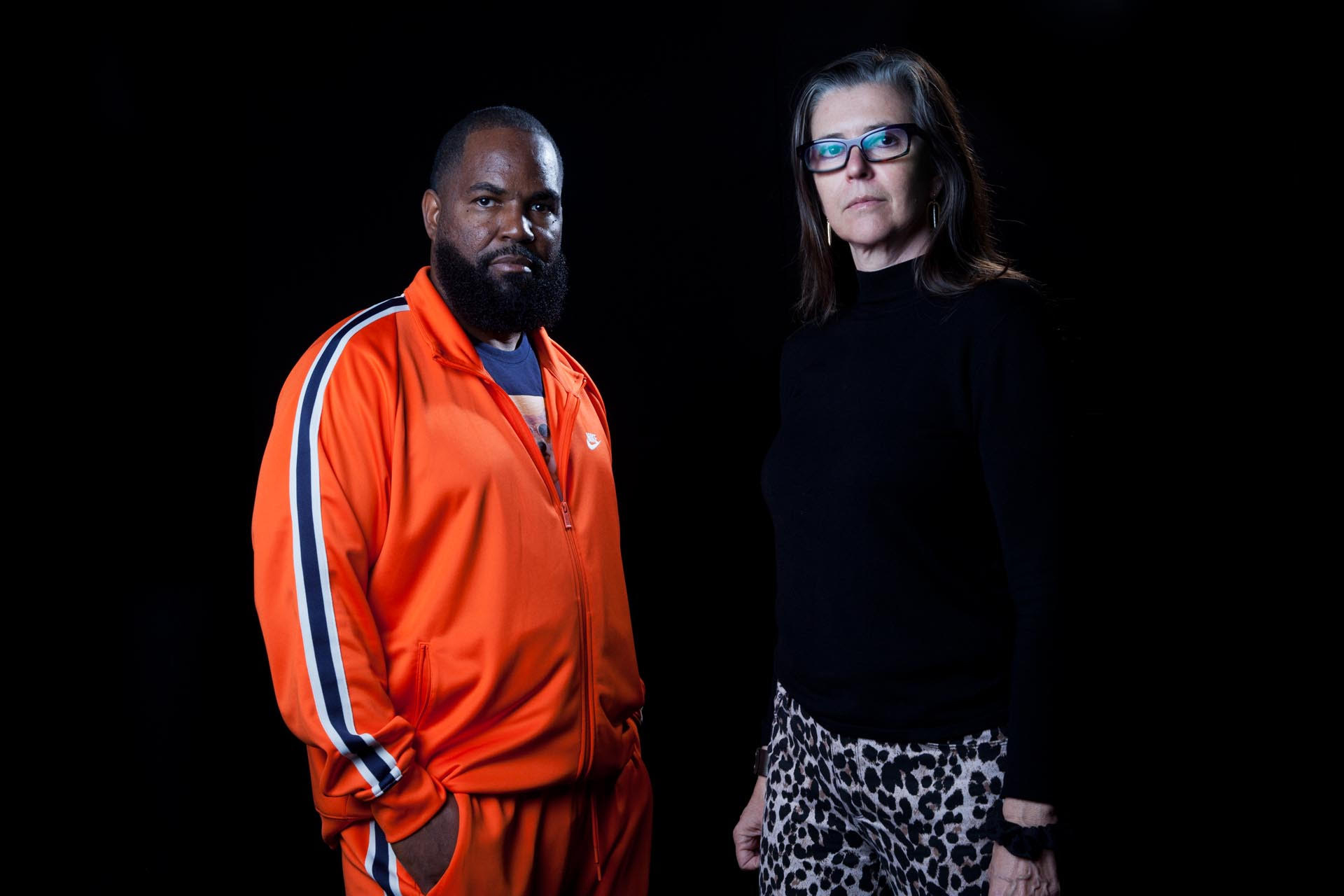 Nigel Poor is the co-creator, co-host, and co-producer of Ear Hustle (PRX & Radiotopia). A visual artist and photography professor at California State University, Sacramento, Nigel has had her work has exhibited nationally and internationally, including at the SFMOMA and de Young Museum in San Francisco and the Corcoran Gallery of Art in Washington, D.C. In 2011, Nigel got involved with San Quentin State Prison as a volunteer teacher for the Prison University Project.

Earlonne Woods is the co-creator, co-host, and co-producer of Ear Hustle (PRX & Radiotopia). In 1997, Earlonne was sentenced to thirty-one years to life in prison. While incarcerated, he received his GED, attended Coastline Community College, and completed many vocational programs. He also founded CHOOSE1, which aims to repeal the California Three Strikes Law, the statute under which he was sentenced. In November 2018, then–California Governor Jerry Brown commuted Earlonne’s sentence after twenty-one years of incarceration and Earlonne became a full-time producer for Ear Hustle. His efforts with CHOOSE1 continue, as he advocates for restorative justice and works to place a repeal initiative on the ballot in 2022.

Check back this summer for questions to help guide your reading and understanding of This Is Ear Hustle. We look forward to seeing you at our book clubs this fall.

Praise and Recognitions for This Is Ear Hustle

“A Prison University Project professor and a formerly incarcerated man bring together evocative first-person accounts from those who previously served in prison and those who remain there today in a starkly honest series of conversations.”—Newsweek

“In this unforgettable book, Nigel Poor, Earlonne Woods, and a range of fascinating people generously share their prison stories, inviting readers to understand human struggle in an inhumane system via humor, contemplation, and community.”—Piper Kerman, author of Orange Is the New Black

“This Is Ear Hustle is a jewel. Nigel Poor and Earlonne Woods are gifted storytellers, and their ability to draw intimate, authentic stories out of others is extraordinary. With grace and humor they walk through what life is really like behind bars, showing the humanity and depth of those they meet inside.”—Catherine Burns, artistic director, The Moth

“The gift of the Ear Hustle podcast is that it’s just as revelatory for people who’ve done a bid as it is for those who have no idea what hearing a cell door closing really feels like. This Is Ear Hustle is the bildungsroman of one of the most influential pieces of art, broadcast journalism, and reportage to ever come out of a prison. Nigel and Earlonne have created a soundscape that is as inventive as it is provocative, and their book shows why we ear hustle, and why, somehow, sometimes, it makes us feel like we were there.”—Reginald Dwayne Betts, author of Felon

One City One Book Selections