Playland at the Beach 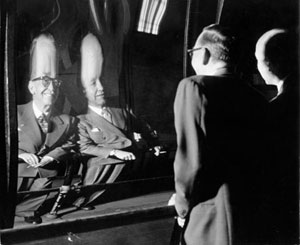 George Whitney and friend in the Fun House

In 1923, George and Leo Whitney hit town. By 1924, the "Whitney Bros." own four shooting galleries, a quick-photo studio and a souvenir shop. In 1926, George becomes general manager of the park. Along about 1928, the amusement park is being called "Playland At The Beach" and other names in formal documents, but San Franciscans simply call it "Playland." 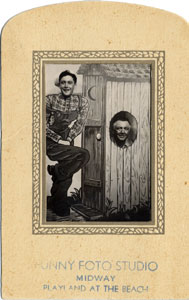 Funny Foto During the Great Depression of the 1930s and the World War II years of the 1940s, as amusement parks around the country are closing, Playland is thriving. George Whitney, who had started buying out some of the concessions before the stock market crash of 1929, continues to buy out hard-pressed operators until he has control of the whole park. In 1937, Whitney buys the Cliff House and, in 1952, Sutro Baths and Museum. 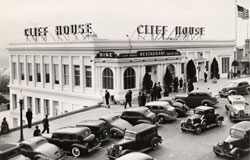 Cliff House By 1952, "The Barnum of the Golden Gate" has bought out his brother and owns "everything at the beach from Sutro’s hill to Fulton Street." And during the 1930s, '40s and early '50s, the crowds come. 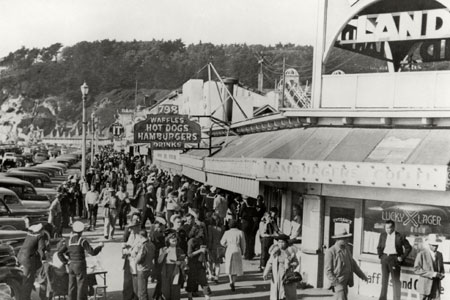 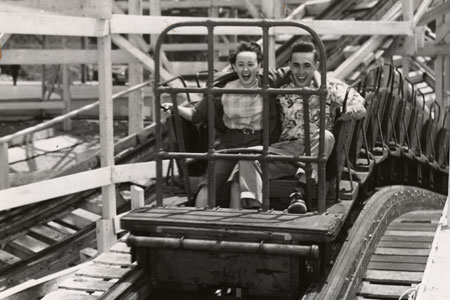 "It’s funny how people let their hair down when they’re away from home." 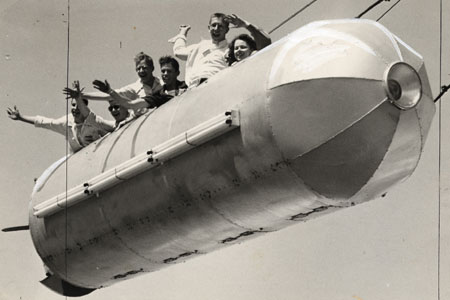 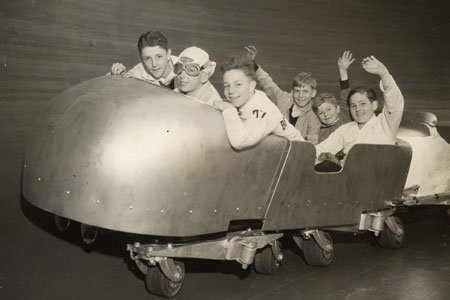 On weekends in the war years, 15,000 people eat 25,000 pounds of hamburger, 12,000 tamales from the "Hot House," 14 different flavors of pie made daily at the "Pie Shop" from 700 pounds of hand-kneaded dough—and countless numbers of "It’s Its." Whitney has his own ice cream plant to provide the central ingredient for his invention, the It’s It—a scoop of vanilla ice cream flanked by two oatmeal cookies, the whole thing dipped in chocolate. 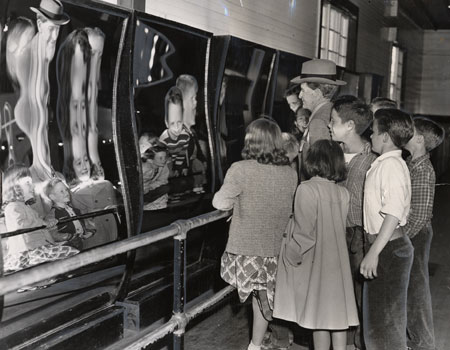 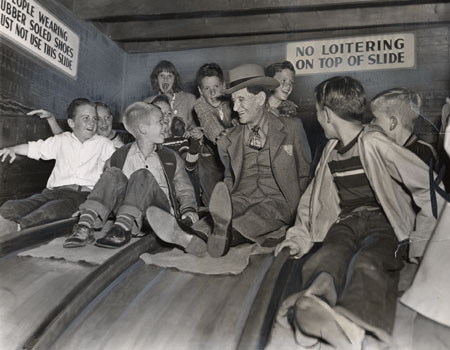 Customers are drawn to the Fun House by a 6-foot-tall female mechanical clown with a maniacal laugh. Laughing Sal is the "ballyhoo," the front woman who encourages folks into the Fun House for a confusing journey through the Mirror Maze; a struggle through the Barrels of Fun; an assault by the Air Jets that lift anything that’s loose; an impossible effort to stay on the Human Turntable and—oh joy—with burlap protecting backsides—a whoosh down the "longest indoor slide in the world." 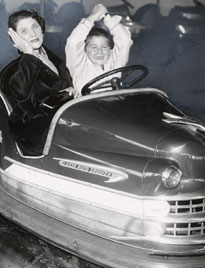 Mother and son on Dodge-em 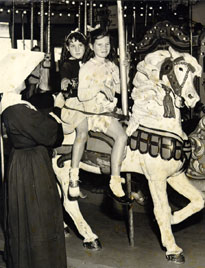 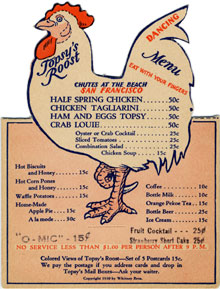 Topsy's Roost Menu On a Saturday night, a thousand celebrants may slide into Topsy’s Roost, the name of the dance hall down the street since 1927. The dance floor holds 300; several hundred more can “roost” in the discreetly lighted "coops" above; and the dining room serves 1,000 people fried chicken and honey apple pie. At Topsy’s the rooster doesn’t wait till dawn to crow.