Direcciones
Chat with US
close 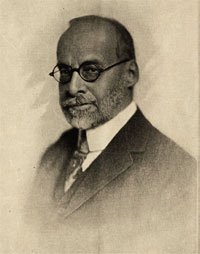 John Ames Mitchell
JOHN AMES MITTCHELL (1845 - 1918) founded the American humor magazine Life in 1883, a sophisticated and humorous response to the Victorian values of the late nineteenth century. Known as a 'picture paper,' Life lampooned society and social situations. Its highbrow humor of manners was spiced with reviews of cultural events and a dash of political commentary (Dictionary of Literary Biography, volume 79: American Magazine Journalist, 1850-1900, Detroit, 1989).

Among the numerous artists and writers who contributed to the success of Life, of note are illustrators Edward Windsor Kemble, W. A. Rogers, Palmer Cox (creator of "The Brownies"), and Charles Dana Gibson, who is most remembered for his style-setting Gibson Girl. The magazine featured the humorous writing of Thomas Masson, John Kendrick Bangs, Carolyn Wells, Wallace Irwin; and later in the 1920s, Robert Sherwood, Robert Benchley, Theodore Geisel (Dr. Seuss) and Dorothy Parker. Life served as one of the models for Harold Ross's New Yorker, which was launched in 1925.

Life's popularity as America's premier humor magazine lasted as long as John Ames Mitchell was at the helm. After his death in 1918, it lost its luster so that by 1936 the magazine was sold to Henry Luce's Time Incorporated (Luce paid $92,000 for the right to use the name). Life was reshaped as a weekly picture magazine of photo essays, designed "to see life, to see the world, to witness great events."