Acclaimed photographer Robert Dawson and Ellen Manchester share stories from their travels in Ukraine for their Global Library Project and bring the voices of librarians who are still working amidst the invasion to the Main Library on October 22, 2022 at 1 p.m. 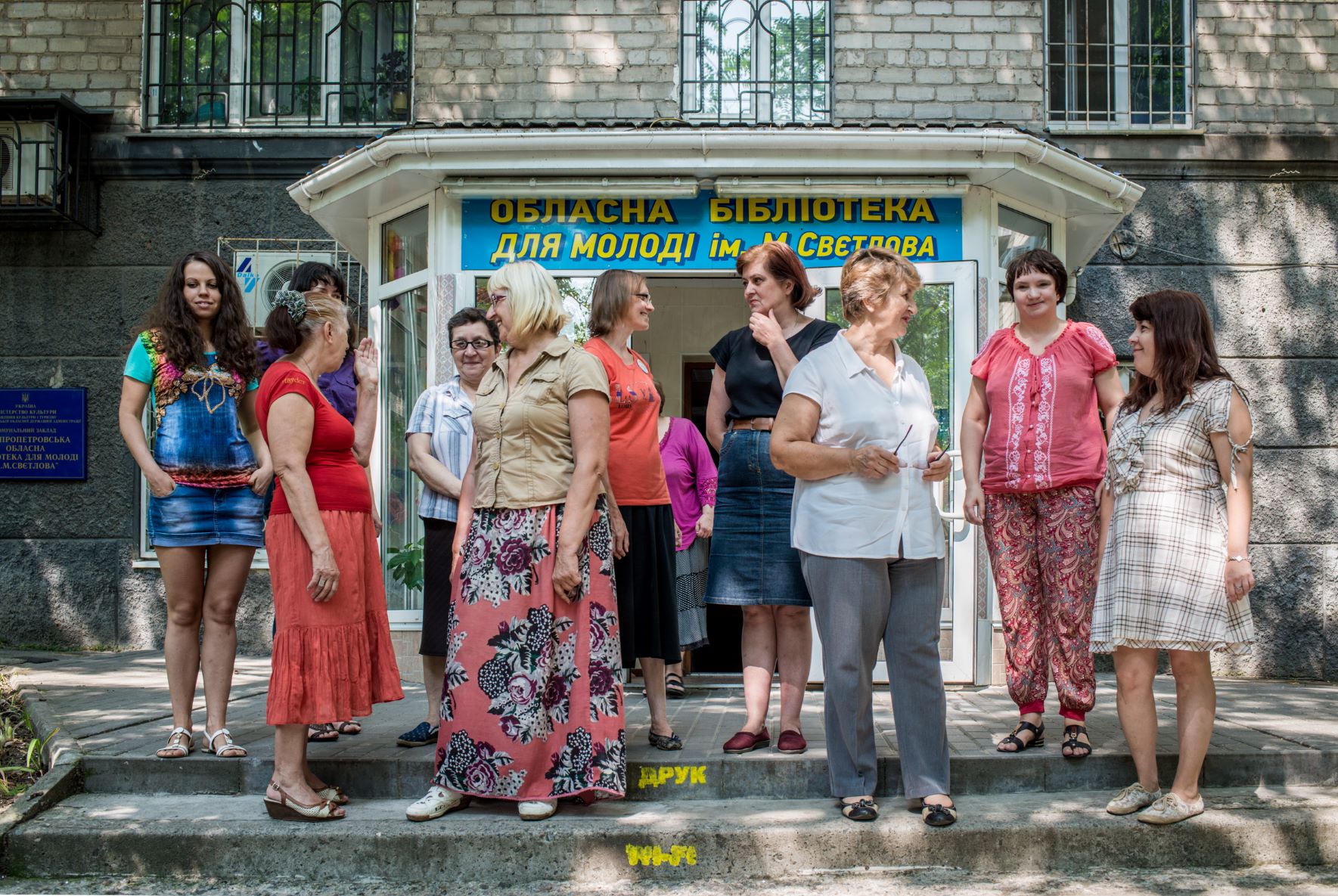 SAN FRANCISCO, date – For acclaimed photographer Robert Dawson and his partner in life and work, Ellen Manchester, what began as a study of branch libraries in their hometown of San Francisco has blossomed into The Global Library Project, a photographic exhibition of libraries around the globe, now on view at San Francisco Main Library. On Saturday, October 22 at 1 p.m. at the Main Library’s Koret Auditorium, Dawson and Manchester share their experiences in 2016 of photographing Ukrainian libraries in Kyiv and the eastern city of Dnipro. Both cities were attacked by Russian missiles, but despite this, their libraries remain open. Since the start of the war, more than 60 Ukrainian libraries have been destroyed and hundreds more have been damaged. During this presentation, the actual voices of Ukrainian librarians speaking of their experiences during the fighting will be shared. This rare, direct connection with people living through a disaster will reveal the challenges facing Ukraine today.

“In preparation for this program, I reached out to many of the wonderful librarians we had the honor to meet during our trip in 2016,” says Robert Dawson. “I was astonished to hear back and that some of them were willing to share their stories, despite everything going on there. What they are going through is heartbreaking, and to get up every day to continue library service in the face of such terrible violence speaks volumes about the critical role libraries and librarians play in maintaining the fabric of our society.”

To celebrate the rich and vibrant culture of Ukraine, the presentation will include performances by the Zoloti Maky Ukrainian Dance Ensemble, Ukrainian Choral Group and a professional soloist on the Bandura Ukrainian instrument. Additionally, members of the local Ukrainian community will also share their perspectives on and stories about the Russian invasion.

The Global Library exhibition, on view in the Jewett Gallery through November 13, 2022, evolved from a project that began in 2016 when Dawson and Manchester were joined by their son Walker Dawson to investigate the role of public and private libraries in communities throughout the world. Visitors to the exhibition can follow in the family’s journey to the famous refugee camp in France, “The Jungle,” to Holocaust haunted former synagogues turned into libraries in Poland to libraries close to the war zone of Ukraine.

In 2018, they received a Fulbright Global Scholar Fellowship to explore the relationship between libraries and refugees in Greece, Italy and Israel. Certain themes emerged during their travels that helped focus much of the work for this project. These ideas include libraries as repositories of national memory; libraries as sites of intentional or accidental destruction (bibliocide); evolving libraries and sacred spaces; libraries that welcome refugees; libraries shaped by national borders and the changing roles of librarians as knowledge workers and social workers. As Bill Moyers states “Dawson shows us what is at stake—when the library is open, democracy is open, too.”

The Global Library Project is supported by the Fulbright Foundation, the Guggenheim Foundation, Independent Arts and Media, the Creative Work Fund of the Walter & Elise Haas Fund and The Friends of the San Francisco Public Library.