On February 2, 1922, James Joyce’s masterpiece, Ulysses, was published by Sylvia Beach, the American owner of the famous Shakespeare and Company bookstore in Paris, and the literary world was never the same.  Each year, Joyce fans around the globe come together on June 16, the day on which Ulysses is set, to commemorate the life of the Irish writer. Known as Bloomsday, the celebration is named after the book’s protagonist, Leopold Bloom. This June, the Consul General of Ireland, San Francisco Public Library, Mechanics’ Institute, Irish Culture Bay Area, the United Irish Cultural Center and the Irish Studies Program at University of California, Berkeley have organized a citywide, multi-event celebration in honor of the book’s centennial. “Bloomsbay” will take place from June 1 through July 31, at various locations with activities for all ages.

For a full calendar of events visit, irishculturebayarea/bloomsbay.

Thank You to Our Partners 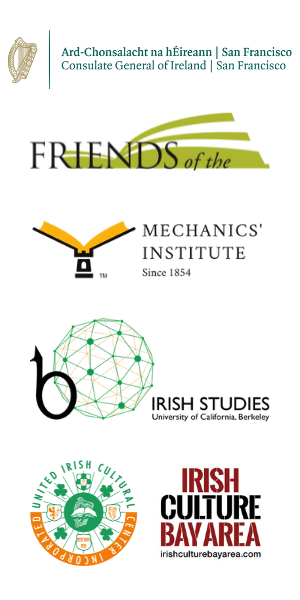 Listen to the U22 Centenary Podcast