All San Francisco Public Libraries will be CLOSED Monday, July 4 for Independence Day.

From the 1950s through the 1970s, blue-collar Filipino Americans, or Pinoys, lived a hardscrabble existence. Immigrant parents endured blatant racism, sporadic violence and poverty while their U.S.-born children faced more subtle forms of racism, such as the low expectations of teachers and counselors in the public-school system. In this collection of autobiographical essays, acclaimed novelist and short-story writer Peter Bacho centers the experiences of the Pinoy generation that grew up in Seattle’s multiethnic neighborhoods, from the Central Area to Beacon Hill to Rainier Valley.

Peter Bacho was born in Seattle, Washington, and grew up in the city’s famed Central Area. He teaches at The Evergreen State College, and is the author of seven books: Cebu, Dark Blue Suit, Boxing in Black and White, Nelson's Run, Entrys, Leaving Yesler and his latest, a memoir, Uncle Rico’s Encore: Mostly True Stories of Filipino Seattle. Bacho’s books have received several awards, including the 1992 American Book Award for his novel Cebu. His short story “The Wedding” received a “distinguished” cite, Best American Short Stories of 1993. His second book, Dark Blue Suit, won the Murray Morgan Prize and a Washington State Governor's Writers Award, in 1998. His nonfiction work, Boxing in Black and White, was listed in the top 100 books of 1999 by the Center for Children’s Books (University of Illinois). In 2005, Seattle University named Bacho the Distinguished Northwest Writer in Residence. In 2006, the University of Washington listed Cebu as one of the top 100 books written by a UW writer over the past century (1906-2006). In 2008, Northwest Asian Weekly honored him as a literary “pioneer.” 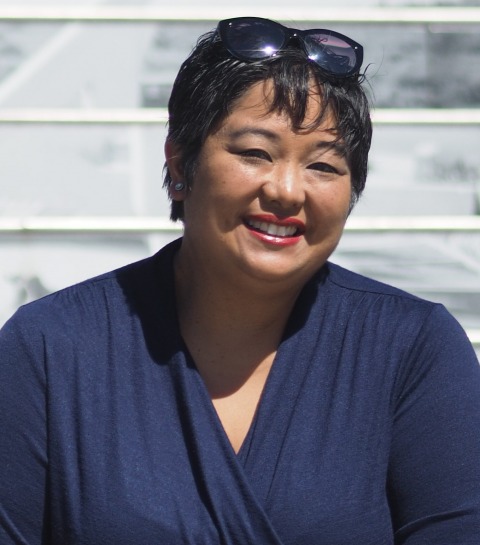 Dr. Lily Ann B. Villaraza is the chair of the Philippine Studies Department at City College of San Francisco. She is a cultural historian and holds a doctorate in history from Northern Illinois University, with specializations in Southeast Asian history, Philippine history and US Immigration history. Dr. Villaraza's scholarly interests include the use of performance and cultural production as a space to explore ethnic and cultural identity, local histories and community empowerment.

Connect to engaging discussions and performances related to the Filipino American community.