In June 1917, to serve residents of the growing Golden Gate Valley, Cow Hollow, and Marina neighborhoods, construction of the Golden Gate Valley Branch Library was begun at a site on the southwest corner of Green and Octavia Streets that had been purchased by the City for $7,500. The resulting brick and terra cotta Beaux-Arts structure was designed in the shape of a basilica by local architect Ernest Coxhead. Though Carnegie grant funds paid for the building, City funds were used for the furnishings. The total cost of the building and furnishings came to $43,000, and on May 5, 1918, the branch was opened to the public. Golden Gate Valley Branch was the ninth branch established in the San Francisco Public Library system. 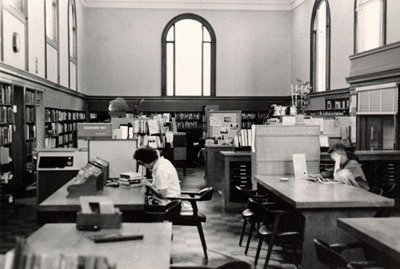