The Sunset Renovation was completed on March 31, 2007.

Sunset Branch opened on March 25, 1918 and was the eighth branch in the San Francisco Public Library system. Its location, at 18th Avenue and Irving Street, was formerly the site of an old barn which had become quite a nuisance in the neighborhood because young boys used it for gun practice. Sunset Branch is a Carnegie building designed by architect G. Albert Lansburgh and cost $43,955. It is a two story structure, Italianate in design, built of concrete frame and reinforced masonry.

The branch closed in 1992 for seismic retrofitting and to add a ramp and an elevator. In September of 2005 it became the third branch to be renovated under the Branch Library Improvement Program. The branch reopened in March 2007 with many improvements including a revamped children's area, new program room and teen area, 19 public computers and wireless (WiFi) Internet access. 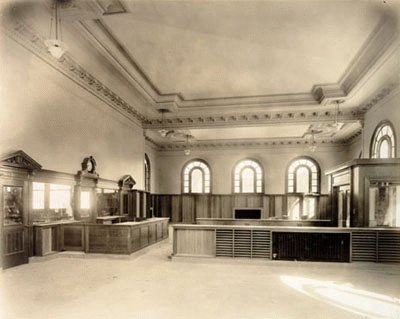 Sunset Branch Library interior prior to opening in 1918 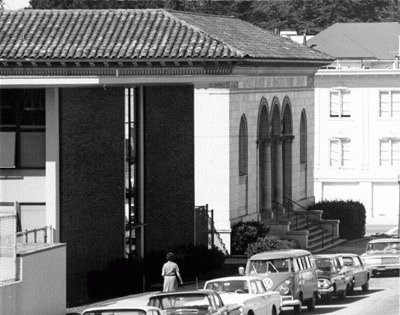