The West Portal Renovation was completed on February 10, 2007.


The first West Portal Branch Library was built on a parcel of land which had been transferred from the Board of Education to the San Francisco Public Library in February of 1936. The Branch was opened to the public on May 2, 1936. Just three years later, on May 8, 1939, the Branch was re-opened in a new building designed by architect Frederick H. Meyer and constructed by the Works Progress Administration for a cost of $109,090. West Portal Branch was designed in a Mediterranean style with colorful red, ceramic roof tiles. Inside, delicate paintings grace the ceiling beams. West Portal Branch reopened again on February 10, 2007 to become the second branch to be renovated through the Branch Library Improvement Program, the November 2000 ballot measure resoundingly passed by the voters of San Francisco. It is the 20th branch in the San Francisco Public Library system. 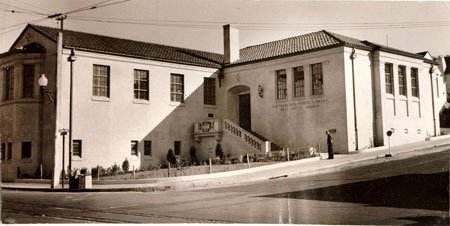