Linda Jackson, San Francisco writer and historian, leads a deep reading of Just as I Am by iconic cultural figure, Cicely Tyson. 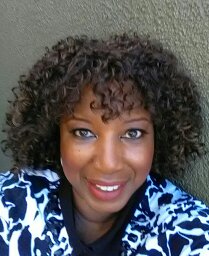 Linda A. Jackson, a native San Franciscan, is a writer, historian and photographer. She holds a Bachelor of Arts degree in English from Mount St. Mary’s University and received her Master of Fine Arts degree in Creative Writing from Antioch University Los Angeles. She is a member of the San Francisco Writers Workshop, and has recently completed a collection of short stories entitled, The Religion of Slaves. She is now working on her memoir.

Register to get your free copy of the book, while supplies last.

Cicely Tyson’s debut memoir recalls her extraordinary life, as well as the racial and gender stereotyping, movie-business prejudice and ill-behaved men that shaped her seven-decade career. Tyson highlights her lifelong penchant for rebelling against convention and injustice, from speaking up against her straitlaced West Indian mother and her abandonment of an early marriage (an ordeal of “tedium and regret”) to fighting off an attempted sexual assault by acting teacher Paul Mann. She also discusses the importance of pushing back against excessive workplace demands. (“When the show’s director would not grant me the time off, I took it anyway.”) The memoir dives deep into Tyson’s reflections on how her performances affected audiences and fans, noting how “deeply satisfying” it was to hear from “those who approached me, tears in their eyes, to say how [the character] had touched them.” She also provides an intimate glimpse into her stormy marriage to jazz maestro Miles Davis, which ended in divorce. (“I felt no need to drape words on the hanger of inevitability. The marriage had long since been over.”) It’s in these poignant moments that the memoir becomes a resonant meditation on the link between an actress’s life and her art. This showstopping tale hits the mark. (Publishers Weekly)

“Just as I Am is my truth. It is me, plain and unvarnished, with the glitter and garland set aside. In these pages, I am indeed Cicely, the actress who has been blessed to grace the stage and screen for six decades. Yet I am also the church girl who once rarely spoke a word. I am the teenager who sought solace in the verses of the old hymn for which this book is named. I am a daughter and a mother, a sister and a friend. I am an observer of human nature and the dreamer of audacious dreams. I am a woman who has hurt as immeasurably as I have loved, a child of God divinely guided by his hand. And here in my ninth decade, I am a woman who, at long last, has something meaningful to say.” –Cicely Tyson