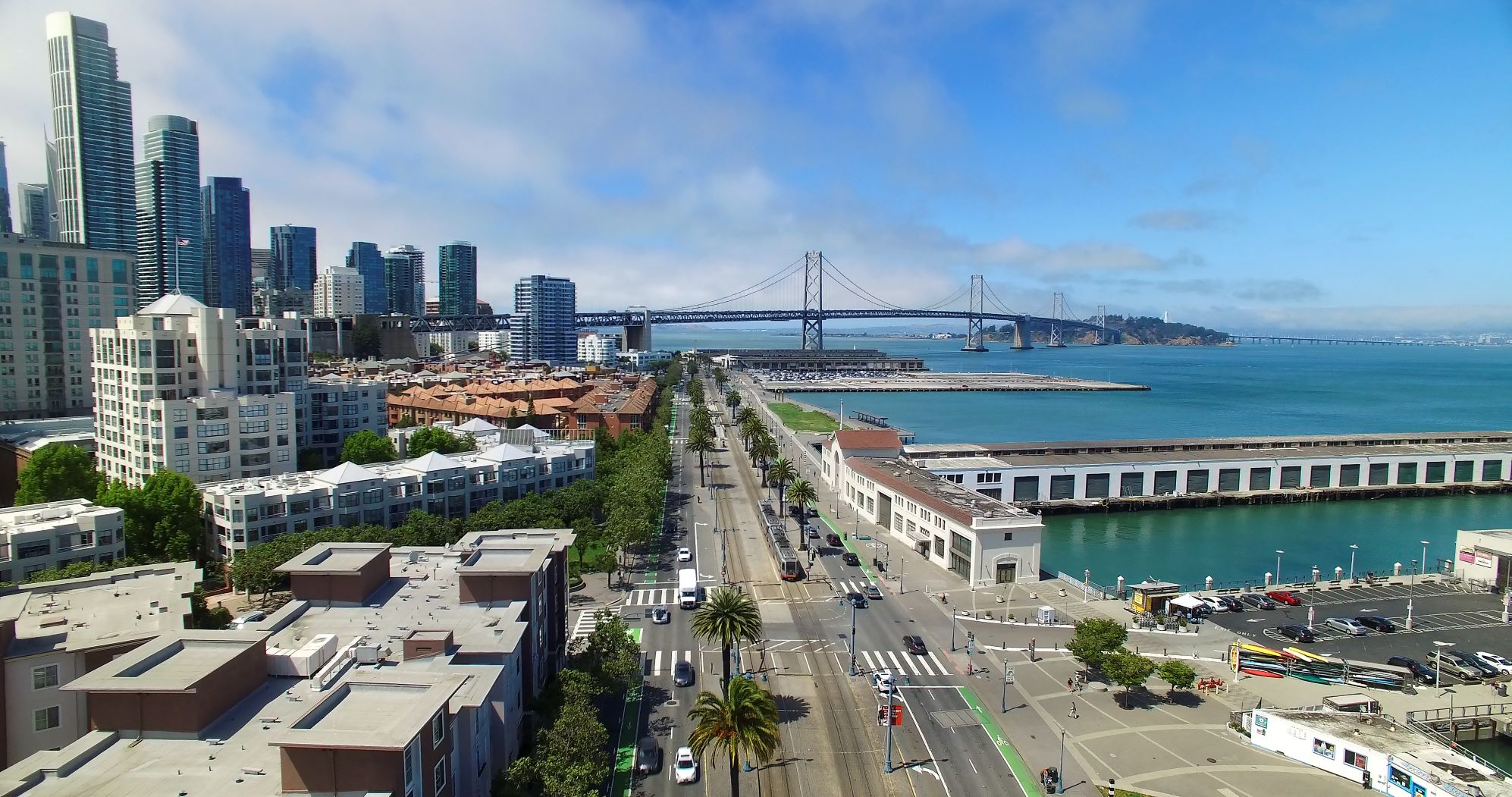 SAN FRANCISCO, October 20, 2021—A new hourlong documentary, “MOVING SAN FRANCISCO”, tells the story of how San Francisco has been a constant laboratory for how to move people through its difficult urban landscape and how innovations throughout its legendary history are setting the stage for solving today’s pressing transit problems. “MOVING SAN FRANCISCO” premieres on KQED Public Television (Channel 9) on Monday, November 22nd at 9pm PT.  A special free preview of the film will be shown on November 16th at 6pm at the San Francisco Public Library’s Koret Auditorium.  “MOVING SAN FRANCISCO”—shot independently both before and throughout the pandemic—is produced and written by the Emmy and Peabody Award-winning team of Jim Yager and Peter L. Stein.

From San Francisco’s unique cable cars of the 19th century which conquered seemingly impossible hills, to the groundbreaking effort to introduce a city-owned transit authority (the first in the nation), to the current wave of experimentation with ride-sharing companies, autonomous vehicles, and car-free pedestrian zones, “MOVING SAN FRANCISCO” reveals some of the most compelling and surprising examples of the inextricable link between a city’s transit and the lives of its inhabitants.

Author/historian Gary Kamiya (Cool Gray City of Love; Spirits of San Francisco) hosts this eye-opening look at our city’s transit past and future, connecting the lessons of history to the challenges every modern city faces today: issues of transit equity (who gets to ride?) and climate impact loom ever larger, while the COVID-19 pandemic places the very future of public transit in question.

The film includes a treasure trove of rare archival footage and photos never before assembled to tell the story of how San Francisco’s early engineers conquered the city’s difficult topography, laying out the city in the preferred Victorian style of a Cartesian grid. The result, along with the innovative contributions of titanic citizens like Andrew Hallidie, James Phelan, Jasper O’Farrell, James “Sunny Jim” Rolph, and little-known civil rights heroine Mary Ellen Pleasant, have shaped the transportation infrastructure that created modern San Francisco.

Today, with the impact of the COVID-19 pandemic being keenly felt, the travails of public transit are once again front-page news. With the loss of ridership and funding revenues, San Francisco’s transit future—and the viability of public transportation nationwide—are in doubt. The film looks at the ways that the region’s history of innovation in both the technological and social dimensions of transit may offer a roadmap for solving today’s challenges.

“San Francisco’s transit history is both inspiring and unparalleled, which makes it fun to dig into as a storyteller,” says Director/Producer/Writer Jim Yager. “It’s easy to understand why people from around the country and the world come here just to ride the cable cars and streetcars, and to experience the charm of navigating around this city of hills.  However, like every city, San Francisco also has its transit challenges, which existed before the COVID-19 pandemic and have become even thornier since. How we approach and solve those problems will be very telling for the city’s future.”

Producer/Writer Peter L. Stein adds: “As a fourth-generation San Franciscan, it has been eye-opening for me to learn, in the process of making this film, how much of the region’s life is actually shaped by transit. Where people work, how we live, the character of our city and region, who has the privilege to move: the stories of how we got here—and how we might innovate our way out of some intractable problems today—have been so rewarding to explore as we completed the project.”

ARTIST BIOGRAPHIES:
JIM YAGER – Director/Producer/Writer
Jim Yager is an Emmy and Peabody Award-winning independent producer, director, writer, and art director with more than 25 years of experience in broadcast productions and storytelling. Among his many credits, he is the creator of the Emmy Award-nominated Local Heroes Project seen on public tv stations throughout California and was a contributing producer on the multiple award-winning Neighborhoods: The Hidden Cities of San Francisco series. His most recent documentary projects, The People’s Palace: San Francisco City Hall 100 Years and Water from the Wilderness: Hetch Hetchy to San Francisco Bay continue his fascination with and exploration of San Francisco History.

PETER L. STEIN – Producer/Writer
Peter L. Stein is a Peabody Award-winning documentary maker based in San Francisco, who has produced nonfiction narratives for television, film, theater, museums and online. During 11 years at PBS station KQED, he created a wide range of documentaries and series for national public television, including the six-hour series Neighborhoods: The Hidden Cities of San Francisco, which garnered a Peabody Award (for “The Castro,” which Peter wrote, produced and directed) and several regional Emmy Awards for “The Fillmore” (writer/producer). He recently produced and directed the biographical profile Jacques Pépin: The Art of Craft for PBS’s American Masters series, and co-produced and co-wrote Water from the Wilderness: Hetch Hetchy to San Francisco Bay.

GARY KAMIYA - Host
Gary Kamiya was born in Oakland, grew up in Berkeley and has lived in San Francisco since 1971. He was a co-founder and longtime executive editor of the groundbreaking web site Salon.com. He was also the executive editor of San Francisco Magazine, writing award-winning features about the tech-driven transformation of San Francisco, homelessness, the Tenderloin, and legalized marijuana, among other subjects. His local history column, "Portals of the Past," runs every other Saturday in the San Francisco Chronicle. He’s written numerous books, including Cool Gray City of Love: 49 Views of San Francisco, and most recently Spirits of San Francisco: Voyages Through the Unknown City with artist Paul Madonna. He’s appeared as an expert on-camera source in numerous documentaries, including a forthcoming PBS 4-hour documentary on William Randolph Hearst, as well as Jim Yager and Peter Stein’s previous documentaries Water from the Wilderness and The People's Palace.

High-res photos and press screeners available for download by request. Additional Resources can be found at www.jimyagermedia.com and https://sfpl.org/events/2021/11/16/film-moving-san-francisco