Come celebrate the release of ZYZZYVA No. 121—The Family Issue—with a night of readings featuring contributors from the issue. ZYZZYVA is the award-winning literary magazine founded in San Francisco in 1985. Since that time, it has made a name for itself as one of the country's premier journals and as a beloved fixture in the Bay Area's literary community. The event is hosted by Oscar Villalon, ZYZZYVA's managing editor. 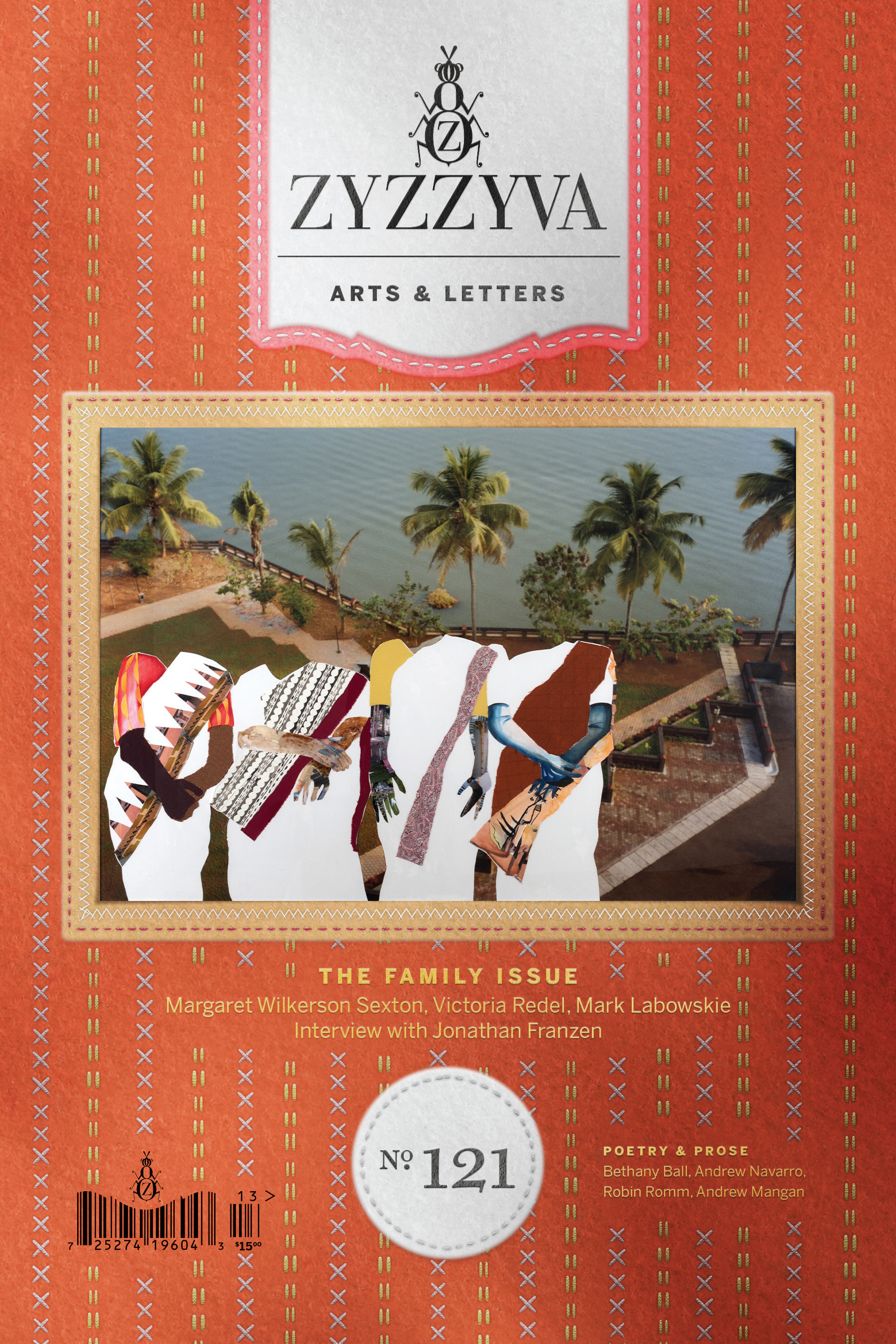 Bethany Ball is the author of the novels What to Do About the Solomons (Grove Atlantic), which was a New York Times Editors' Choice, and, most recently, The Pessimists, to be published by Grove Atlantic in October.

Andrew Navarro lives in Southern California where he works as a history teacher. His work has appeared or is forthcoming in Kelp Journal, Cutthroat, A Journal of The Arts, The ICE Colony, Carve and ZYZZYVA.

Robin Romm is the author of three books, and, most recently, edited Double Bind: Women on Ambition (Liveright). Her story collection, The Mother Garden, was a finalist for the PEN USA prize. Her memoir, The Mercy Papers, was named a best book of the year by The New York Times,The San Francisco Chronicle and Entertainment Weekly.

Mark Labowskie is a Jones Lecturer and former Wallace Stegner Fellow at Stanford. He is also the host and curator of the Stanford Storytelling Project podcast Off the Page, which spotlights the work of Stanford writers.

For questions about the program or help registering, contact sfplcpp@sfpl.org. All SFPL locations are wheelchair accessible. For accommodations (such as ASL or language interpretation), call (415) 557-4557 or contact accessibility@sfpl.org. Requesting at least 3 business days in advance will help ensure availability.