You will not want to miss a very special evening with Malcolm Margolin, Gregg Castro, Rupa Marya, Guillermo Gómez-Peña, Claire Greensfelder and other special guests in a program to celebrate the publication of Malcolm's latest book—Deep Hanging Out: Wanderings and Wonderment in Native California.

This event guides San Franciscans to recover their City’s deepest and most abiding sense of itself—namely, the knowledge and experience of the Ramaytush Ohlone, the people who have lived on this land for thousands of years. After 250 years of oppression and genocide that robbed them of their land, their rights and much of their culture and rendered their history and presence invisible to the dominant society, the Ramaytush Ohlone have come together as a tribe and are engaging in phenomenal projects to restore the land, the language and the traditions of their ancestors. This program—co-hosted by the California Institute for Community, Art, and Nature, Heyday and other partners (to be announced)—celebrate the survival of the Raymatush peoples and explore opportunities to re-indigenize San Francisco.

Writer and publisher Malcolm Margolin has been “deep hanging out”—or immersing himself in a social, informal way—in California’s Indian country since the 1970s. Deep Hanging Out: Wanderings and Wonderment in Native California feature Margolin’s writings about California’s diverse Indian country (well over one hundred tribes), drawn mainly from the quarterly magazine he cofounded in 1987, News from Native California. He shares with his readers the experiences, knowledge and cultural renewal that California Indians have generously shared with him, often after years of friendship. He draws on both archives and interviews with elders in longer reports about leadership traditions, pedagogical techniques and conservation practices in various parts of the state–fascinating glimpses into worldviews very different from those of contemporary America. Filled with insight and affection, as well as some of the most gorgeous writing, Deep Hanging Out appeals both to newcomers and to those whose roots and hearts reside in the state’s Indian country.

Malcolm Margolin is the publisher emeritus of Heyday Books, an independent nonprofit publisher and unique cultural institution, which he founded in 1974. He is the author of several books, including The Ohlone Way: Indian Life in the San Francisco–Monterey Bay Area, named by the San Francisco Chronicle as one of the hundred most important books of the twentieth century by a western writer. He has received dozens of prestigious awards among which are the Chairman’s Commendation from the National Endowment for the Humanities, the Fred Cody Award Lifetime Achievement from the San Francisco Bay Area Book Reviewers Association, the Helen Crocker Russell Award for Community Leadership from the San Francisco Foundation, the Carey McWilliams Award for Lifetime Achievement from the California Studies Association, an Oscar Lewis Award for Western History from the Book Club of California, among others. He helped found the Bay Nature Institute and the Alliance for California Traditional Artists. 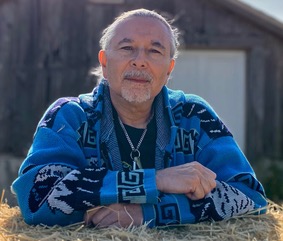 Gregg Castro [t'rowt'raahl Salinan/rumsien-ramaytush Ohlone], is a writer-activist within the California indigenous community who has worked to preserve his Ohlone and Salinan heritage for over three decades. Castro is the Society for California Archaeology’s Native American Programs Committee Chairperson. Castro is a Co-Facilitator for the annual California Indian Conference, a 30+ year annual gathering about California Indigenous culture. He is a Co-Founder/Advisor to the California Indian History Curriculum Coalition, based at CSU-Sacramento, promoting accurate school curriculum. He is now Culture Director of the Association of Ramaytush Ohlone, advising within their San Francisco Peninsula homelands.

Dr. Rupa Marya is a physician, activist, artist and writer who is an Associate Professor of Medicine at the University of California, San Francisco and the founder and executive director of the Deep Medicine Circle, a worker-directed nonprofit committed to healing the wounds of colonialism through food, medicine, story, learning and restoration. 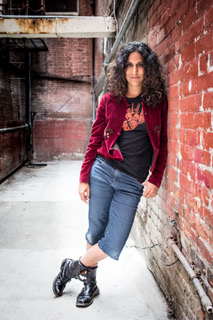 Marya's research explores the intersection of society and illness, including how social structures may predispose various groups to certain conditions. She is faculty director of the Do No Harm Coalition, a group of more than 450 UCSF health workers and students dedicated to ending racism and state violence. She is currently working with health leaders of Lakota and Dakota tribes to create a space for the practice of decolonized medicine at the Mni Wiconi Clinic and Farm at Standing Rock, where she serves on the board of directors. She is co-investigator on the Justice Study, a national research effort to understand the link between police violence and health outcomes in Black, brown and indigenous communities.

Marya earned her medical degree from Georgetown University School of Medicine. She completed a residency in internal medicine at UCSF. She completed an artist residency examining the art that supports indigenous movements at EDELO (a collective focused on art and social change) in Chiapas, Mexico.

Marya has been honored for her work advocating for an end to racism in medical practice through the Open My Heart Foundation, which seeks to end disparities in outcomes for Black women with cardiovascular conditions. She was also awarded the William J. Rashkind Memorial Award from the American Heart Association. Videos of Marya speaking on issues of racism and health have been viewed more than 12 million times. She also serves on the board of Seeding Sovereignty, an international entity promoting indigenous autonomy in the context of climate change.

With a passion for health education, Marya mentors undocumented college students who want to pursue careers in medicine, medical students who wish to continue an active and complementary life in the arts and individuals who want to become physician advocates.

Marya is the composer and front woman for the international touring group Rupa & the April Fishes, a project that uses music to explore the intersection of society and disease. She was also lead plaintiff in the lawsuit that liberated "Happy Birthday to You" back to the public domain.

Born in Mexico City, he moved to the US in 1978, and since 1995, his three homes have been San Francisco, Mexico City and the "road." His performance work and 21 books have contributed to the debates on cultural, generational and gender diversity, border culture and North-South relations.

His artwork has been presented at over one thousand venues across the US, Canada, Latin America, Europe, Russia, South Africa and Australia. A MacArthur Fellow, USA Artists Fellow and a Bessie, Guggenheim and American Book Award winner, he is a regular contributor to newspapers and magazines in the US, Mexico, and Europe and a contributing editor to The Drama Review (NYU-MIT), the Performance Art Week Journal of the Venice Biennale and emisférica, the publication of the Hemispheric Institute of Performance and Politics (NYU).

Gómez-Peña is currently a Patron for the London-based Live Art Development Agency, and a Senior Fellow in the Hemispheric Institute of Performance and Politics.

As of 2020, Gómez-Peña is working with his troupe on multiple reenactments of his "living archives" project, publishing two anthologies, a new enhanced Pocha Pedagogy book (with La Saula) and creating a border opera titled "WE ARE ALL ALIENS" (featuring classical concert pianists and Mariachis) and producing a documentary portrait of his beloved troupe in collaboration with filmmaker Amber Bemak.

Claire Greensfelder, Associate Director,  California Institute for Community, Art & Nature, is a lifelong campaigner for peace, planet and justice who believes that art, eloquence and beauty are often the best means to get one’s message across.  She has collaborated with dozens of indigenous individuals and tribes - both domestically and globally - with whom she has campaigned for environmental and climate justice, cultural preservation and indigenous peoples' rights.  From 2010 - 2012, she was honored to organize the installation of an international multi-media exhibition  Conversations with the Earth – Indigenous Voices on Climate Change (and related symposia) at the Smithsonian's National Museum of the American Indian (NMAI).

The California Institute for Community, Art & Nature is thrilled to announce the release of a new book by our founder and executive director Malcolm Margolin: Deep Hanging Out: Wanderings and Wonderment in Native California.

Find out how to adopt a greener lifestyle and discover the outdoors with SFPL and its partners.

Connect to engaging discussions and performances related to Indigenous Peoples.

Join the Library's celebration honoring the voices of Indigenous and native peoples with programs and workshops, book recommendations and more.