Quincy Troupe is an award-winning poet who wrote the definitive biography of Miles Davis, Miles: The Autobiography, the Chris Gardner biography The Pursuit of Happyness and a memoir, miles & me, soon to be a major motion picture. Author of 20 books, he conducted the last interview with James Baldwin, which was published as James Baldwin: The Last Interview & Other Conversations. Troupe’s work has been translated into 30 languages. His most recent book of poetry is Duende, Poems 1966 – Now from Seven Stories Press (January 2022).

Danny Glover is an award-winning actor, producer and humanitarian with a career that spans more than 30 years. From the blockbuster Lethal Weapon franchise in film to hit television shows such as ER, Glover has portrayed a myriad of popular roles and has distinguished himself as one of his generation’s most consummate actors. Glover’s performances in such classic motion pictures as The Color Purple, Witness and Places in the Heart, have not only showcased his talent and versatility but have also brought him critical and popular acclaim. Honored with Awards from the NAACP, BET and SAG, Glover has received several Emmy nominations for his work in such television hits as Lonesome Dove.

Terry McMillan is the acclaimed author of The New York Times bestseller Mama, which won the Doubleday New Voices in Fiction award in 1986 and an American Book Award from the Before Columbus Foundation in 1987. McMillan’s signature humor, wisdom and warmth made Waiting to Exhale, A Day Late and A Dollar Short, The Interruption of Everything, How Stella Got Her Groove Back, Getting to Happy, Disappearing Acts, Who Asked You? and I Almost Forgot About You all New York Times Best Sellers. Waiting to Exhale and How Stella Got Her Groove Back were made into award-winning major motion pictures that proved huge at the box office, and Disappearing Acts and A Day Late and A Dollar Short were adapted into successful television movies. McMillan received an Essence Lifetime Achievement Award in 2008. Beloved by her fans, her books have sold millions of copies worldwide.

Mildred Howard is an artist and educator known for her sculptural installations and mixed-media assemblage work that invite activism and commentary through their representations of race, racism, injustice and compassion. Exhibited nationally and internationally, Howard has received numerous fellowships, public art commissions and awards, including a Grant in Sculpture by the National Endowment of the Arts, a Lee Krasner Award in recognition of a lifetime of artistic achievement, the Nancy Graves Grant for Visual Artists, a Joan Mitchell Foundation Award, a

Will Calhoun is a graduate of the Berklee College of Music where he received his degree in recording and engineering. A two-time Grammy winner with the genre-bending rock band Living Colour, he has produced Herb Alpert (Colors CD) and Mos Def (Black Jack Johnson Project) and has t

J. D. Parran is an American multi-woodwind player, educator and composer specializing in jazz and free improvised music. He plays the soprano, alto, tenor, baritone and bass saxophone, as well as the E-flat clarinet, alto clarinet, bass clarinet, contra-alto clarinet, piccolo, alto flute, bamboo flute, Native American flute, bamboo saxophone and nagaswaram. He received his M.A. in music education from Washington University in St. Louis, Missouri. He was a member of the Black Arts Group with the late baritone saxophonist Hamiet Bluiett, Parran and also a member of the experimental woodwind trio New Winds with Robert Dick and Ned Rothenberg. He has collaborated with Leroy Jenkins, Hamiet Bluiett, Douglas Ewart, John Lindberg, Peter Brötzmann and many other celebrated musicians. He is currently a member of Anthony Davis' Episteme ensemble and also performs and records with Anthony Braxton's ensembles. 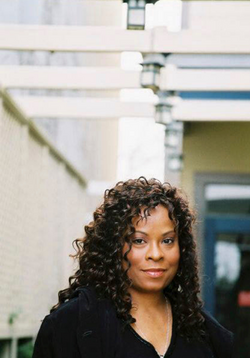 Dr. Kim McMillon is a producer, playwright and contributor to the recent anthology Some Other Blues: New Perspectives on Amiri Baraka. She is editor of the forthcoming anthology Black Fire: This Time (Willow Books).

Programs designed to celebrate the art of the poem, including readings and talks.

Connect to engaging discussions and performances related to the Black community.