Ingleside Branch, the 11th library in the system, opened in 1925. The neighborhood was served by a "library station" at several locations, including 422 Holloway Avenue, 1612 Ocean Avenue, and 387 Ashton Avenue. On May 30, 2001 the library moved to a leased facility--the former Bank of America building, at 1649 Ocean (at Faxon). The eagerly anticipated new branch building at 1298 Ocean Avenue (at Plymouth) opened in 2009. 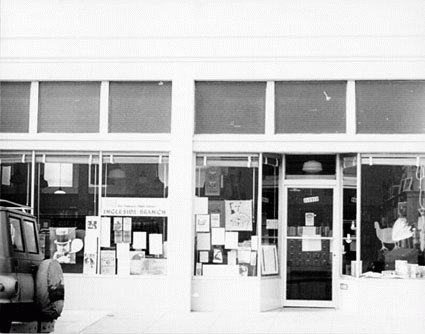