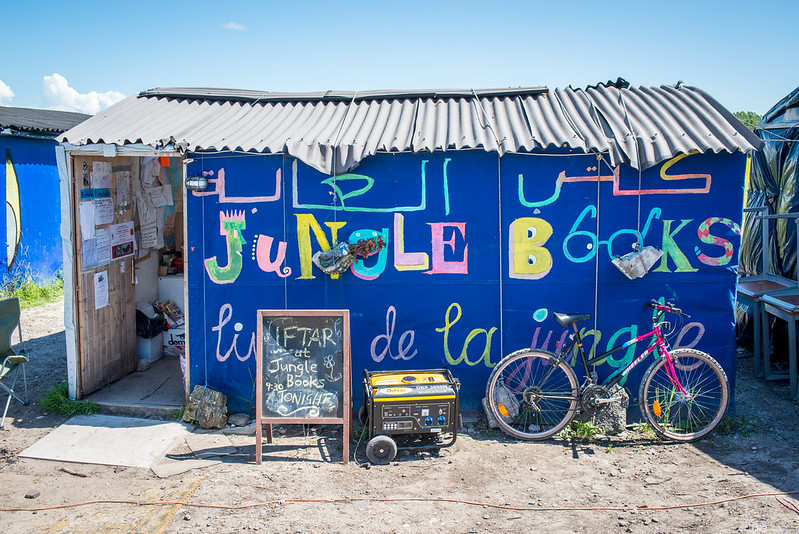 SAN FRANCISCO – For acclaimed photographer Robert Dawson and his partner in life and work, Ellen Manchester, what began as a study of branch libraries in their hometown of San Francisco has blossomed into an international odyssey and celebration of libraries around the globe. Following the success of their first book, The Public Library: A Photographic Essay, in 2014, which showcased the essential role of the public library in bringing literacy, education and hope to citizens across the United States, the couple is back with a sequel. The Global Library Project is an international photographic study of libraries across Canada, Europe and the Middle East including Israel, Palestinian Territories, Germany, Ukraine, Russia and other European countries. Starting Saturday, June 11, San Franciscans will get to see the first public expression of this globe-spanning, monumental project in a world premiere exhibition at the Main Library’s Jewett Gallery.

According to Dawson and Manchester, “Libraries are one of the few non-commercial public spaces we have in the world today. By providing a place to gather, to share stories, to read, to get on the internet, to research rare historical documents or to learn new skills, a library is our “commons”—what we share as a society and what we need to take responsibility for.”

The Global Library exhibition evolved from a project that began in 2016 when Dawson and Manchester were joined by their son Walker Dawson to investigate the role of public and private libraries in communities throughout the world. Visitors to the exhibition can follow in the family’s footsteps the famous refugee camp in France “The Jungle,” to Holocaust haunted former synagogues turned into libraries in Poland to libraries in now the war zone of Ukraine and finally a Russian State Library for young adults in Moscow. In 2018, they received a Fulbright Global Scholar Fellowship to explore the relationship between libraries and refugees in Greece, Italy and Israel. Certain themes emerged during their travels that helped focus much of the work for this project. These ideas include libraries as repositories of national memory; libraries as sites of intentional or accidental destruction (bibliocide); evolving libraries and sacred spaces; libraries that welcome refugees; libraries shaped by national borders and the changing roles of librarians as knowledge workers and social workers. As Bill Moyers states “Dawson shows us what is at stake—when the library is open, democracy is open, too.”

The Global Library Project has been supported by the Fulbright Foundation, the Guggenheim Foundation, Independent Arts and Media, the Creative Work Fund of the Walter & Elise Haas Fund, and The Friends of the San Francisco Public Library.

Presentation: Photographing Libraries, Refugees and Borders
Photographer Robert Dawson will show slides from the Global Library Project—a long-term study of the relationship of libraries to communities throughout the world. His presentation will focus specifically on how libraries and NGOs in Europe and Eastern Europe are working directly with refugees and migrants to help ease their transition into a new environment. Michael Magnaye from International Rescue Committee will discuss the work of his organization especially working with Ukrainian refugees.
WHEN: Saturday, July 23, 1 p.m.
WHERE: Main Library, 100 Larkin Street, Koret Auditorium
COST: FREE
INFORMATION: sfpl.org