What’s a good memory you have about libraries? 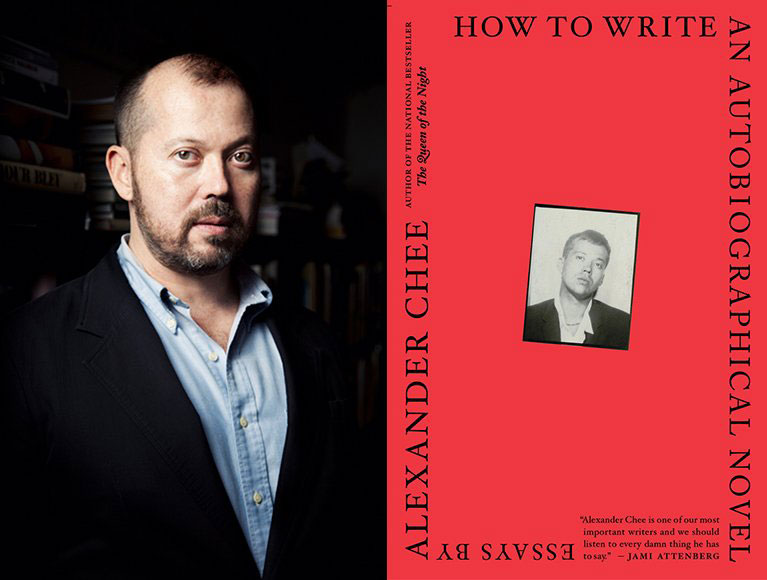 I remember a long day in the stacks of the Smith College special collections, working on a project with my husband, the filmmaker Dustin Schell. The librarian brought out a typescript of Sylvia Plath’s final book of poems, written on the back of a manuscript for The Bell Jar—Plath had used it as scrap paper. And all of it was pink linen Smith College paper, taken from when she was a student there. It was such an incredible artifact with so many layers, it took my breath away. And this was just one of their jewels.

Are there stories you'd like to see written that aren't out there right now?

This is a very hard question to answer, because it is so hard to know what you can’t see in some ways. But this is in fact what I teach to my students. What have you never seen described? I wrote my first novel, Edinburgh, for example, in part because I had never seen a Korean American gay man as the narrator of a novel. I made the character like me in part to insist that after a lifetime of being asked to believe my existence was too complicated for literature, that I existed. I exist. I have stories to tell.

So for example, Ricco Villanueva Siasoco’s forthcoming debut collection of stories, The Foley Artist: Stories, is one of those—it has Asian and Asian American queer characters unlike any I’ve seen anywhere in books, just in life. Brandon Taylor’s debut novel, Real Life, is another—it is in part about what it is like to be a Black gay man surrounded by white friends, straight and gay, to whom you are not quite real. I know many people living that life, but I have never seen anyone write about it. There’s so much still to describe that when people say, “It’s all been written,” I have to contain myself. It hasn’t all been written. It’s barely been started, the literature we could have. The literature we deserve.

Tears? Ocean Vuong’s debut novel, On Earth We Are Briefly Gorgeous. Or my friend Katherine Vaz’s short story, Our Lady of the Artichokes. Or The Friend, by Sigrid Nuñez.

As for laughter, Stuart Nadler’s The Inseparables. And Mira Jacob’s Good Talk. Also Happiness, As Such, by Natalia Ginzburg, which like all of her novels is not meant as a comedy but has many belly laughs.

What book was a challenge (for whatever reason) to get through, and you’re glad you did?

Moby Dick. There’s an ocean of essayistic chapters that are tricky to pay attention to, and you need them for the ending to make sense—arias about the whales, the specifics of whaling, so many things. It wasn’t like anything I’d read at the time but that eventually became the point. It was a lesson in obsession and structure and pursuing the long long arc of your vision all the way to the end. A lesson in daring, if you wanted it. And I did.

What do you need for a good day of writing?

Good coffee, a breakfast sandwich and a place where nobody knows me.

You’re an X-Men comics fan- what character(s) would be fun to write a story for?

It’s true. I really would love to write a story about Armor, or Kid Omega, or Rachel Summers. A Dark Phoenix story. Or the further adventures of Emma Frost, at any age, but maybe as a young woman.

Any advice for people taking on the challenge of National Novel Writing Month in November?

Write and don’t look back until the next day. And email it to yourself each day so it looks strange. Maybe in the body of the email. You can collect it all at the end of the month into a document. I use this method when I’m trying to bang out a draft and not look back too much, not further back than the day before.

Tell us something special you love about San Francisco.

That it is an older city than it admits to, like many of the residents. That it is one of our old gay metropolises, even now. That each time I come back I learn something more about what I thought I knew. That it is still full of many of the people who have survived with me thus far—and that is how I think of it—and I love it for that. And I love it for the ghosts there too. And the views from Potrero Hill will always thrill, and I’m leaving that rhyme in.

On the Same Page Author Interviews

On the Same Page is a bimonthly city-wide read. SFPL staff selects titles of literary merit, high interest and readability with the goals of appealing to the community and sparking engagement. We focus on local, emerging and diverse authors.

Fresh Prints of the SFPL New books by authors featured at the Library.