The Bay Area is in continual danger of another large earthquake. This webpage provides some resources from government agencies and partners to help prepare yourself for the next major earthquake. You can prepare for the next earthquake with videos, find out about opportunities to get in-depth training and become part of a volunteer corps, look at maps and learn some earthquake science.

Did you feel it? Recent earthquake information

AlertSF - AlertSF is a sms-based message service to let you know of alerts regarding emergencies disrupting vehicular/pedestrian traffic, watches and warnings for tsunamis, flooding, and Citywide post-disaster information to your registered wireless devices and email accounts.

Family Disaster Plan - Complete and share your family's game plan with these tools created by the Red Cross.

Great California Shakeout - Cal OES (Governor's Office of Emergency Services) has printable guides for securing water heaters and furniture, tips for people with pets and a supplies checklist. Register and find resources for participating in a Shakeout Drill.

MyHazards - Use this Cal OES website to discover the hazards that exist in your area and learn how to reduce your risk.

Small Business Administration - These resources can help you develop a plan to protect your employees, lessen the financial impact of disasters, and re-open your business quickly to support economic recovery in your community.

Earthquake Preparedness Guide for People with Disabilities and Other Access or Functional Needs (PDF under 1M) - This guide from the Earthquake Country Alliance shows people with disabilities how to prepare for earthquakes.

Ready Wrigley - Readiness materials for children from the Office of Public Health Preparedness and Response at the CDC. 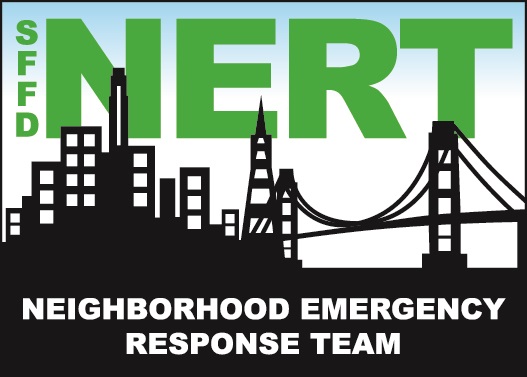 NERT - Learn about natural gas safety, how to use a fire extinguisher and prepare an emergency kit.

Stay Safe - SFGovTV's award-winning Stay Safe series illustrates easy steps to take before an earthquake to stay safe in your home after a major earthquake, while repairs are underway.

Department of Building Inspection (DBI) Soft Story Program - Part of the City’s Earthquake Safety Implementation Program (ESIP), a thirty-year plan to reduce the impact earthquakes will have on San Francisco.

BART Remembering Loma Prieta - BART presents special coverage looking back at the role BART played as a lifeline, strengthening the system and earthquake tips. Read about memories of employees and riders, see historical photos and watch video stories from some of those who were there.

Loma Prieta Digital Collection - Documents about the Loma Prieta earthquake and more, from the collections of the Government Information Center.

California Geological Survey (CGS) -  CGS is dedicated to the fulfillment of its mission to provide scientific products and services about the state's geology, seismology and mineral resources that affect the health, safety, and business interests of the people of California.

California Integrated Seismic Network (CISN) - CISN is a partnership among federal, state, and university agencies involved in California earthquake monitoring. The CISN is dedicated to serving the emergency response, engineering, and scientific communities.

Faultline: Seismic science at the Epicenter - Exploratorium online exhibit includes information about the San Francisco earthquakes of 1906 and 1989, plate tectonics and more.

National Institute of Standards and Technology (NIST) - Disaster and failure study from the NIST regarding the 1989 Loma Prieta earthquake.

Shock Waves: One Hundred Years after the 1906 Earthquake This 2006 USGS film (nominated for an Emmy award) shows the century of progress that science and engineering have made since the 1906 San Francisco earthquake. Includes dramatic historical footage, reenactments, colorful animations, and interviews with earthquake experts.

ABAG Earthquake and Hazards Maps/Info - The Association of Bay Area Governments (ABAG) earthquake mapping project is designed to help residents and local government officials to understand that every region of the Bay Area faces significant earthquake risk from faults far and near and empower them to take actions to reduce their risk.

California Geological Survey (CGS) - Fault maps, historic earthquakes, how the ground is expected to shake, and much more.