San Francisco Public Library’s Little Maga/Zine Collection documents the underground/alternative press of the San Francisco Bay Area and its impact on the cultural, social and political life of the city. Little magazines representing almost every literary and political movement from the 1940s to the present, and self-published zines, form the core of a collection of more than 4,000 items. Little mags and zines beyond the Bay Area, but associated with San Francisco through content, contributors, and/or editors are also included, along with newspaper clippings, flyers, correspondence, and other ephemera. Reference books on the history and making of little magazines and zines supplement the collection. 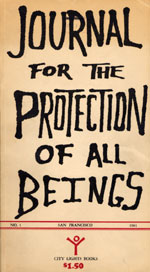 A word about “Little magazines” and “zines:” little magazines are literary, non-commercial, sometimes irregularly published, and often experimental or avant-garde in nature. “Zines” are independent, self-published, and done for the love of creating something on any subject, usually paper based.  Zines (rhymes with “beans”) can be simply made: handwritten, done on a photocopier, or designed using the technology at hand. Original artwork, appropriated images, cut and paste, anything handmade is part of the zinester’s arsenal. A wide range of zine subjects may be found here: personal and autobiographical zines, political, punk, antisocial, anarchist zines, mail art, travel, literary, health zines. Zines may be published semi-regularly, or as a one-shot. The do-it-yourself philosophy of zine creators has historically put them at the margins, disregarded by scholars. However, little magazines and zines are critical tools for understanding the complex artistic, social, and political environment of a place.

The Little Maga/Zine Collection was created in the 1960s in response to the flourishing San Francisco Renaissance. Usually associated with the Beat movement, it was in reality a collage of different communities, often at odds with one another, whose agendas were social and political as much as aesthetic (Michael Davidson, The San Francisco Renaissance, 1989).  SFPL librarians began collecting little magazines in earnest sometime around 1966. Despite a few obstacles — a short publication life, occasionally disorganized distribution, connections made only through friends or word of mouth, and anti-establishment attitudes of some publishers precluding library subscriptions — a collection of forty titles was assembled and opened to the public in the Old Main Library’s Literature Department in 1967. Wild Dog, Beatitude, Black Dialogue, Hollow Orange, The Journal for the Protection of All Beings, Cow, and Despite Everything were among the first titles to be offered to the public.

By the early 1980s, the collection had grown to about 500 titles. However, the changing political scene and San Francisco’s financial situation, along with the fugitive nature of a number of little magazines, contributed to a severe reduction in collecting. Subscriptions were stopped, magazines ceased publication, and the collection stagnated. As a result of this downturn, the collection was boxed up and stored in the closed stacks. With little public use or knowledge of this resource the collection lay dormant for most of the decade.

In late 1988, the Little Maga/Zine Collection was rediscovered, inventoried and moved into archival boxes -- improved conservation protected the collection from damage during the Loma Prieta Earthquake in 1989. Zines, independent do-it-yourself publications, made their first appearance in the collection in 1991. The Library produced a flyer, A Call for Little Maga/Zines, which was sent out to the community asking zine creators, readers, and collectors to donate to the collection. The result was an immediate and enthusiastic response for this underutilized but significant collection. The Call continues to the present day.

In 1993, the collection was transferred to Special Collections (now the Marjorie G. & Carl W. Stern Book Arts & Special Collections Center). In the same year the Library received a gift of 250 little magazines, mostly representing the work of the L=A=N=G=U=A=G=E poets of the San Francisco Bay Area. In 1997, a gift of 240 zines was received from Factsheet Five editor Seth Friedman and the collection was awarded the San Francisco Bay Guardian’s Best of the Bay Award in 2006. The Library continues to collect SF Bay Area little magazines and zines and today the collection holds over 4,000 little magazines, zines, and ephemera. 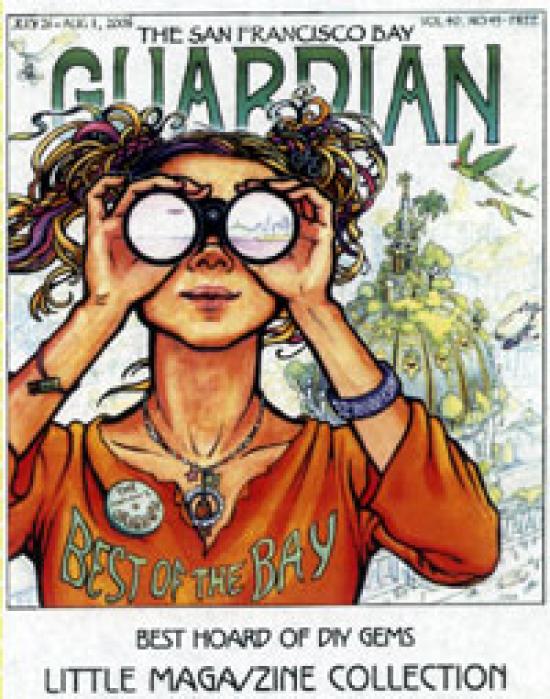