The Schmulowitz Collection of Wit and Humor 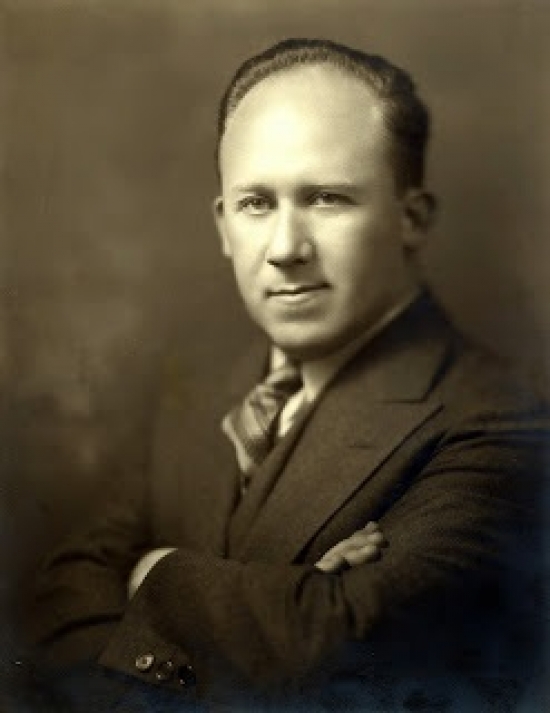 The Schmulowitz Collection of Wit & Humor (SCOWAH) was founded in 1947 by library commissioner, lawyer, author, civic leader, and book collector Nat Schmulowitz (1889-1966). The collection comprises a wide range of wit and humor spanning more than 450 years and in thirty-nine languages: joke books, international fairy tales and folklore, proverbs, national and ethnic humor, anecdotes, cartoons and comic books, political satire, biography, humorous essays, monologues, plays and novels, popular entertainments, movable books, and literary, historical and popular culture studies. The works of the The New Yorker and Punch writers and artists are well represented including a full run of Punch (1841-2002.) Humorous ephemera and the correspondence and scrapbooks of Nat Schmulowitz may also be found here. SCOWAH is one of the most extensive collections of its kind numbering over 23,000 volumes, 295 periodical titles, 115 VHS/DVDs, and ephemera. SCOWAH serves all levels of interest, from the curious reader to serious scholar. Local speakers and humorists consult the collection for material, and it draws queries, researchers and visitors from all corners of the world. Access to this non-circulating collection is through the online catalog as well as a book catalog (1962) and a catalog supplement (1972) both of which are available to readers in the Center.

Nat Schmulowitz, a nationally known attorney and bibliophile, was born in New York City on March 29, 1889, moving to San Francisco with his parents when he was nine years old. He graduated from the University of California, Berkeley, in 1910; two years later he received his law degree from Hastings College of the Law.

Although he specialized in probate and corporate law, Mr. Schmulowitz earned a national reputation in 1921 with his successful defense of Roscoe "Fatty" Arbuckle, in one of the most sensational murder trials of the 1920s. He became the senior partner in the firm of Gavin McNab, Schmulowitz, Sommer and Wyman when Mr. McNab died in 1927.

Mr. Schmulowitz was a member of the Library Commission of San Francisco for seven years and served as president of that body in 1944. On April Fool’s Day, 1947, as a measure of his interest in the Library, he donated ninety-three humor books, including an edition of the Hundred Merry Tales, towards the establishment of the Schmulowitz Collection of Wit and Humor (SCOWAH).

Through the years he continued to add to the collection with donations of books, sometimes at the rate of one hundred items per month. In his diligent and far-reaching search, Mr. Schmulowitz combed bookshops all over the world for suitable works. As a result, SCOWAH is one of the most extensive collections of its kind in the world, numbering at present over 23,000 volumes and 295 periodical titles, as well as a variety of other materials, in 39 languages and dialects, and spanning more than four centuries. In addition to such rarities as the Facetiae of Poggio, the works of Nasreddin Hoca, and Joe Miller joke books, the reader will also find the latest issues of periodicals such as Nebelspalter (Switzerland), Eulen-spiegel (Germany), Le Canard enchaîné (France), Laofuzi (Hong Kong), Charlie Hebdo (France), Blæksprutten (Denmark), Private Eye (England), and, of course, Mad Magazine.

Following Mr. Schmulowitz’s death in 1966, his sister Kay Schmulowitz continued to support the collection with generous donations of funds, books and periodicals until her death in June 1984. Income from the combined bequests of both Nat and Kay Schmulowitz assists substantially in maintaining this outstanding collection. 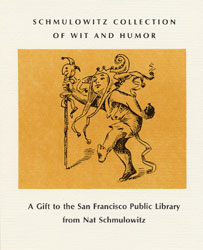 Without Humor The World Is Doomed -- Nat Schmulowitz